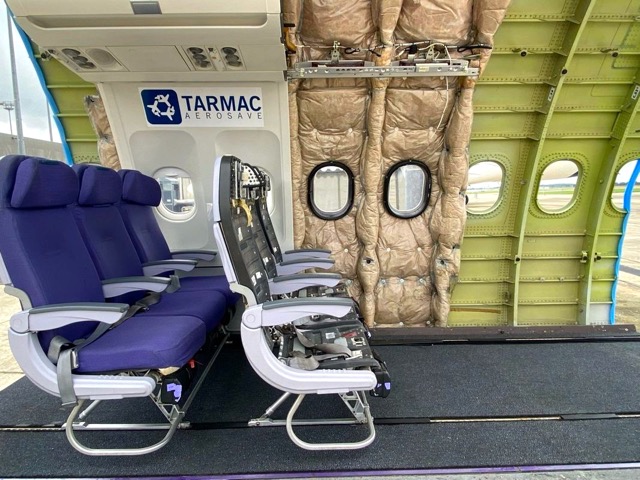 CHENGDU: Airbus, Tarmac Aerosave and the city of Chengdu are to open an aircraft lifecycle service centre in China by the end of 2023.

The new facility will cover an area of 690,000 square metres and store up to 125 aircraft.

“This is another concrete contribution to the aviation industry's quest for sustainability, supporting the principle of a circular economy in line with Airbus’ purpose to pioneer sustainable aerospace,” explained Airbus SVP Customer Services Klaus Roewe. “Aircraft phase-out in China is forecast to grow exponentially over the next 20 years. This one-stop-shop - a first in China and outside of Europe - will see Airbus well positioned on the Chinese aircraft ‘second life’ services market,” he added.

Aerosave, owned by Airbus, Safran and Suez, specialises in the storage, maintenance and recycling of aircraft and engines. 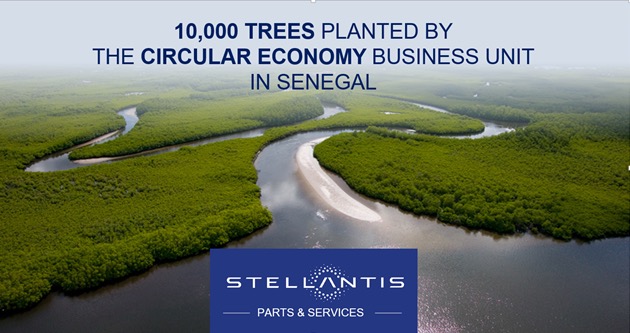 PARIS: The circular economy business of auto manufacturer Stellantis has led to the planting of 10,000 trees in Senegal since the beginning of 2021.

Partnering with local NGO Oceanium and ecosystem restorer MyTree, Stellantis plants a tree supporting mangrove recovery in the country every time a customer opts for refurbished or remanufactured parts to repair their vehicle.

The company says its circular economy programme can save up to 80 percent of raw material and reduce energy consumption up to 50 percent compared to a new part.

B-Parts car repair shops and end-customers can now purchase reused parts from a multi-language online shop with a free 12-month insurance period plus up to €150 to cover labour costs on engines and gearboxes.

Founded in 2015 and based in Porto, the company offers a warranty for over four million original reused parts via a network of dismantlers in Europe to customers in 115 countries.

"It is with great enthusiasm that we have entered into a new partnership within the automotive repair market,” said Europ Assistance CCO Portugal João Horta e Costa. ”This is an area for which there is little offer, therefore, we believe it is important to offer the customer the possibility of having insurance included which allows purchasing these components in a safer way, without risks and safeguarding additional cost," he added. 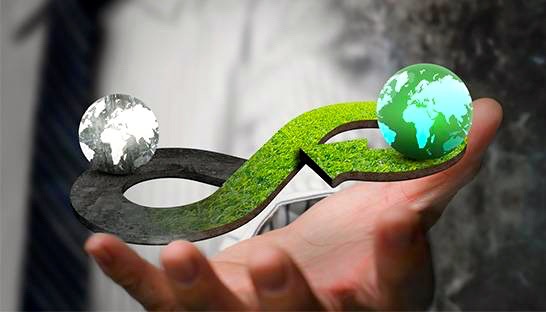 DUBLIN: The Irish government has announced it will introduce legislation to develop a circular economy for the country as part of a goal to reach net-zero emissions by 2050,

Ossian Smyth TD, minister responsible for the programme at Ireland’s Department of the Environment, Climate and Communications (DECC), said the move sends a signal to both public and private sectors that circularity belongs at the heart of sustainability.

"We all understand how saving energy and being energy efficient are critical for the climate. Now, we need to think this way about our material resources, like food, metals, plastic, concrete. A circular economy shows us how we can do this,” he commented.

Smyth said the initial strategy would:

• Demonstrate public sector leadership, using policy tools such as green public procurement as well as supporting circular economy practices across the entire public sector
• Develop and implement an education and awareness campaign – for individuals, households, communities, and the public and private sectors
• Identify priority sectors for the development of sectoral circular economy roadmaps
• Convene a consultative advisory group, from amongst stakeholders, to input into policy development and implementation
• Establish an interdepartmental working group to oversee the integration of circular economy policies and practices across public policy

The government now will begin consulting industry and civil society representatives prior to creating detailed measures, roadmaps and targets for the construction, consumer goods, transport, procurement, agriculture and food sectors.

The EPA has now launched a new programme for the next six years – moving from waste disposal and treatment to ensuring it is prevented and reduced at all stages of production.

"The circular economy is at the core of the transition to a low-carbon economy and has a critical role to play in achieving climate targets at national and global levels,” said EPA director general Laura Burke. “Influencing consumption and production patterns is critical for controlling greenhouse gas emission levels, as well as reducing waste generation.”

CIRCULÉIRE continues to source, test, finance and scale circular manufacturing systems, supply chains and circular business models to deliver significant reductions in both CO2 emissions and waste for its members.

EXETER, UK: Climate experts from the University of Exeter and the UK Meteorological Office have warned the British government that a 4°C rise in global warming by 2100 "cannot be ruled out”. The claim, contained in the Third UK Climate Change Risk Assessment…
read more

CHENGDU: Airbus, Tarmac Aerosave and the city of Chengdu are to open an aircraft lifecycle service centre in China by the end of 2023. The agreement covers aircraft parking and storage, maintenance, upgrades, conversions, dismantling and recycling services.…
read more

Unilever to determine we are what we eat

NATICK, MA/LONDON, UK: Unilever has partnered with gut researchers Holobiome to identify food and drink ingredients that could have a positive impact on mental wellbeing. According to Unilever many scientists consider the human gut microbiome, where trillions…
read more

BONN: The Deutsche Post DHL Group has sold its Greenplan route optimisation software business via a buy-out by its management team CEO Clemens Beckmann and managing director Florian Merget. Greenplan uses an algorithm developed by DHL in cooperation with the…
read more

COPENHAGEN: A.P. Moller - Maersk has announced a target of a 50 percent cut in greenhouse gas (GHG) emissions per transported ocean container and a 70 percent reduction in absolute emissions from its own terminals by 2030. The company says this will lead to…
read more

Climate crisis and business as usual?

BONN: Deutsche Post (DP) has begun offsetting all CO2 emissions from its German mail distribution operations at no extra cost to its customers. Until now, its decade-long ‘GoGreen’ option came with a price and was only available to business customers with a…
read more

BERLIN: A survey of 17,000 people in 17 OECD countries for the Vodafone Institute has concluded governments are primarily responsible for tacking the climate crisis. Conducted prior to COP26 last November, 54 percent of respondents expect politicians to solve…
read more