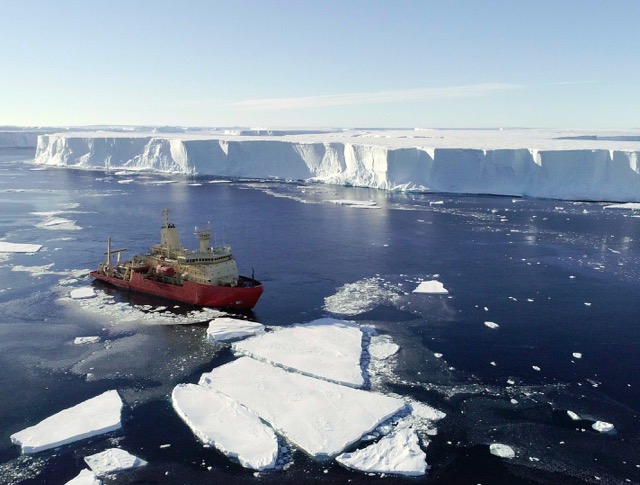 BRUSSELS: Attending the 2015 transport logistic expo in Munich, a Maersk Sustainability manager admitted his company didn’t have a Plan B for loading and unloading containers when there is a 7.0+ metre (24.6 feet) rise in sea-level as a result of a melted Greenland ice sheet.

Notwithstanding the increasingly urgent climate warnings by scientists and civil society, politicians and the corporate community continue to behave as if it’s business as usual – even with, or because of, the ongoing social and economic impact of Covid and Russia’s invasion of Ukraine.

Of the world’s 10 largest enablers of maritime global trade, four are based in Europe and together carry twice as many containers as the other six combined.

This month the European Commission called for feedback from shippers, freight forwarders, port and terminal operators on continuing the carrier group’s anti-trust exemption after 2024.

As part of lobbying the Commission to renew their mandate, Hapag-Lloyd, MSC, CMA-CGM and Maersk might also leverage their market dominance to ensure disrupted global supply chains are not the start of a permanent humanitarian crisis.

In addition to a melting Greenland, the Potsdam Institute for Climate Impact Research warned in 2020 of a 2.5 metre sea-level rise if the West Antarctica Ice Shelf irreversibly melts as a result of a 2.0 degrees Celsius rise in global warming.

At 120 kilometres, “Thwaites is the widest glacier in the world,” noted Ted Scambos, a senior research scientist at the U.S. Cooperative Institute for Research in Environmental Sciences. “It’s doubled its outflow speed within the last 30 years, and the glacier in its entirety holds enough water to raise sea-level by over two feet. And it could lead to even more sea-level rise, up to 10 feet, if it draws the surrounding glaciers with it.”

Now there are preliminary signs that the much larger East Antarctica Ice Sheet, which holds the vast majority of the Earth’s glacier ice, is showing signs of instability. A new report in the publication Nature suggests at +2.0 degrees Celsius it would begin an irreversible melt, leading to an eventual sea-level rise of 52 metres.

According to Dr. Luke Kemp from Cambridge University’s Centre for the Study of Existential Risk, there are plenty of reasons to believe climate change could become catastrophic, even at modest levels of warming.

In a report published this month in the journal Proceedings of the National Academy of Sciences (PNAS), Kemp and his co-authors suggest governments need to prepare for a “climate endgame ” with outcomes ranging from a 10 percent loss of the global population to eventual human extinction.

The team proposes a research agenda that includes what they call the endgame’s “four horsemen”: famine and malnutrition, extreme weather, conflict, and vector-borne diseases.

Whether it is from an irreversible melting Greenland or Antarctica, the subsequent rise in sea-level will flood ports and lead to a collapse of world trade.

“Facing a future of accelerating climate change while remaining blind to worst-case scenarios is naive risk-management at best and fatally foolish at worst,” he added.

The European Commission, by leveraging the EU’s dominance of global container shipping, can force governments and corporations to acknowledge once and for all, business is no longer usual.

The alternative, sooner rather than later, is no business at all.
Read more: What price... Add new comment 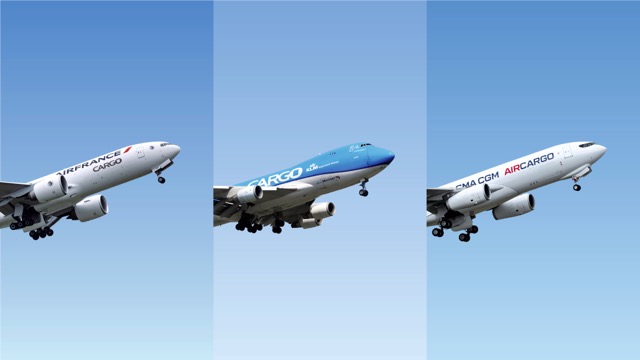 PARIS/MARSEILLE: Air France-KLM and CMA CGM have signed a 10-year exclusive partnership that could result in a 9.0 percent stake in the airline group and a Board seat for the French logistics company’s president and CEO Rodolphe Saadé.

The deal will result in a multimodal, end-to-end supply chain sales and service network with 750 warehouses, 400 offices and 390 handling stations in 160 countries.

The combined airfreight capacity will eventually include 22 A330, A350, B777 and B747 freighters plus the belly space of 160 Air France and KLM long-haul aircraft.

The companies say the partnership is expected to generate significant revenue synergies including the design and implementation of a single freighter network and enhanced products and services.

They also share an ambition to be ‘net-zero’ in carbon emissions by 2050. Air France-KLM is a pioneer in the use of Sustainable Aviation Fuel (SAF) and CMA CGM operates an increasing number of LNG-powered containerships.

“This partnership is fully in line with CMA CGM's strategy and its ambition to become a leader in integrated logistics, for the benefit of its customers. Through our stake in the company, Air France-KLM will be able to count on us to support its future development,” commented Saadé. 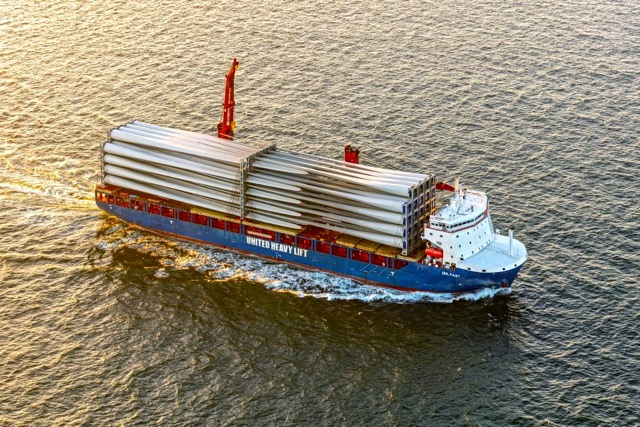 HAMBURG: Project and outsize cargo carrier United Heavy Lift has ordered two more F900 Eco-Lifter vessels to add to a fleet of 17 delivered between 2019 and this year.

The company is phasing out all its UHL 800 P-type vessels in a bid to operate a modern and fuel-efficient multipurpose heavy lift fleet. The newbuilds will be delivered from the CSSC shipyard in Hudong, China in 2023 and 2024.

“The carbon footprint of the F900 class is 30-50 percent less compared to the existing heavy lift fleet in the market,” added UHL managing director Lars Bonnesen.

With a total capacity of over 25,000 sq.mt. and a twin-crane lift capacity of up to 900 tonnes, the vessels are part of a new company ESG strategy aimed at reducing Scope 1 and 2 emissions from its own operations and helping its customers reduce Scope 3.

Scope 1 covers the greenhouse gas (GHG) emissions that a company makes directly. Scope 2 reflects indirect emissions - for example when the energy it buys for heating and cooling buildings is being produced on its behalf. Scope 3 are the emissions related to a company’s value chain including buying products from its suppliers or from its products or services used by its customers.