Rail coalition to save 275 million tons of CO2 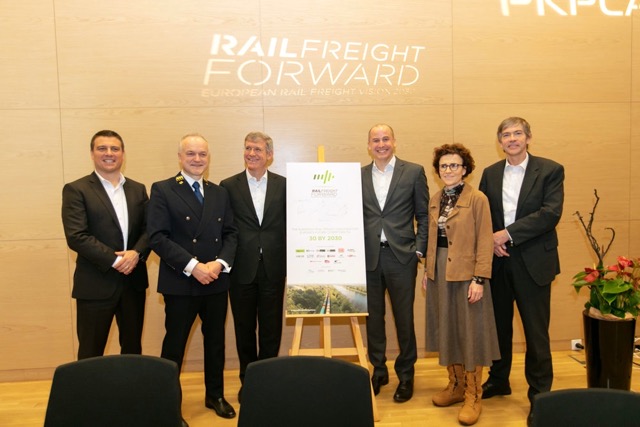 KATOWICE: December 2018. A coalition of rail freight companies and federations from across Europe has announced a commitment to save up to 290 million tons of C02 transport emissions by 2030.

Freight transport produces 275 million tons of C02 emissions a year and is estimated to grow at a rate of 30 percent by 2030 or the size of the entire German freight market and the equivalent of one million more trucks.

The Rail Freight Forward signatories say they are convinced rail has a crucial role to play in building a more sustainable freight sector and have committed to work together to transform and modernize the industry.

To mark their climate commitment, the coalition has launched ‘Noah’s Train’. It will be in Vienna on January 14, Berlin January 24, Paris February 05 and Brussels February 20. In each city local street artists will gradually transform the train into the world’s longest mobile artwork, inspired by the oldest tale of environmental activism.