Author: Editor
Publish Date: Mar 28, 2022
BRUSSELS: A study by campaigning NGO Transport & Environment (T&E) says TotalEnergies, Shell and BP have purchased an estimated US$92.7 billion worth of oil from Vladimir Putin’s government since it annexed the Crimea peninsular in 2014.

TotalEnergies has been the largest contributor to the Russian Federation’s oil exports with the purchase of almost US$57 billion since 2015. Shell has purchased US$57 billion and BP US$9 billion.

T&E claims its research shows that Russian military spending closely mirrors revenues from its oil production and is calling on the EU to implement a new windfall profit tax on the three oil companies.

“Oil majors are massively profiting from increased oil prices that are a direct consequence of the war that they partly financed in the first place,” says T&E.

In a related report, the NGO says while Putin's invasion of Ukraine has prompted record prices for global grain and vegetable oil, Europe continues to turn 10,000 tonnes of wheat into ethanol for use in cars every day.

Reducing the use of wheat in EU biofuels to zero would compensate for over 20 percent of the total wheat exports of Ukraine and support food security in other countries depending on its wheat supplies, says the report.

Despite the promotion of using waste for Sustainable Aviation Fuel, the vast majority of biofuels used in the EU come from food crops, according to T&E.

For biodiesel, oils derived from rapeseed, palm, soy and sunflower crops make up 78 percent of total feedstocks. For bioethanol, the use of corn, wheat, sugar-based crops, barley and rye increases the share to 96 percent.

Claiming the European Biodiesel Board and the European Renewable Ethanol (ePure) Association are lobbying to increase the use of food crops in biofuels, T&E wants the European Commission to stop Member States from encouraging land use set aside for food and feed crops to produce biofuels, and not open up biodiversity areas for food production.
Story Type: News 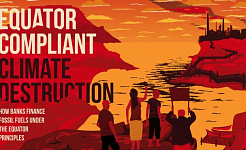