Author: Editor
Publish Date: Jun 11, 2021
BOULOGNE-BILLANCOURT, France: Renault Group and its six unions have agreed to establish ‘Renault ElectriCity’ to produce 400,000 electric vehicles a year by 2025 from its Douai, Maubeuge and Ruitz manufacturing sites in the Hauts-de-France region of northern France.

To support the project, Renault plans to create 700 permanent jobs between 2022 and the end of 2024 with 350 new hires at Maubeuge and the balance spread over the Douai and Ruitz sites.

The company aims to make ElectricCity the go to place in Europe for electric-powered manufacturing innovation – forming R&D partnerships with start-ups and universities and encouraging suppliers to locate near its factories.

"I am very proud to have contributed to the creation of Renault ElectriCity, a symbol of Renault's know-how and technological innovation, and to participate to the enhancement of the economic and social attractiveness of Hauts-de-France in Europe,” declared Luciano Biondo, director of the new project. “This agreement, signed with all the trade unions, is proof that the commitment of employees, constructive social dialogue and a strong local presence are key to setting up a robust and attractive industrial model," he added. 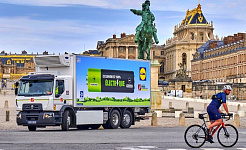 PARIS: Renault Trucks and Geodis are to design and build a prototype 16-tonne electric-powered truck for city-centre use by the end of 2022. Geodis wants to reduce its CO2 emissions 30 percent by 2030 and provide carbon-free deliveries to 37 cities in France…
read more 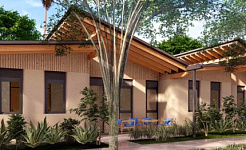 KENYA: Holcim is using 3D printing to build 72 affordable houses in a joint venture with the CDC Group, the UK government’s development finance institution. Capitalising on its experience with 3D building of a school in Malawi, the new Mvule Gardens complex…
read more 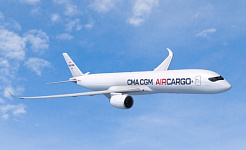 TOULOUSE: CMA CGM Group has signed an MoU with Airbus for four A350 freighters, adding to a fleet of five A330-200Fs operated by its air cargo division. The A350F is based on the A350-1000 passenger aircraft with 70 percent made from composite materials. The…
read more 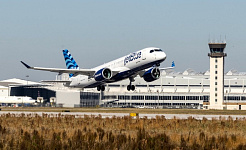 MOBILE, AL/TOULOUSE: By November this year Airbus will start delivering A220 and A320 aircraft to customers from its US manufacturing facility using a blend of Sustainable Aviation Fuel (SAF) sourced from World Energy and supplied by Signature Flight Support.…
read more 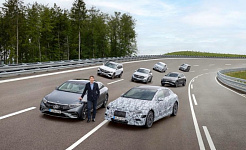 Mercedes-Benz to be electric-only by 2025

OXFORD: Following the purchase of Oxford, UK-based electric motor manufacturer YASA, Mercedes-Benz says it will only produce electric-powered vehicles from 2025 as investments into combustion engines and plug-in hybrid technologies will have dropped nearly 80…
read more 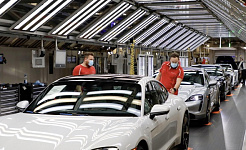 STUTTGART: In a bid to reduce CO2 emissions in its supply chain, Porsche has mandated 1,300 suppliers use only renewable energy in manufacturing its components. Failure to comply is not an option if they want the business. Under a billion Euro programme, the…
read more 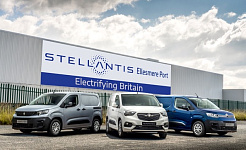 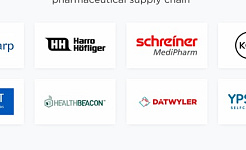 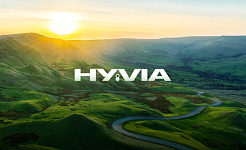 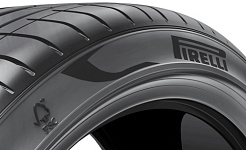 ROME, GA: Pirelli has become the first company in the world to produce a range of Forest Stewardship Council (FSC) certified tires made from natural rubber and rayon for BMW’s new X5 xDrive45e Plug-in-Hybrid. FSC certification confirms that plantations are…
read more 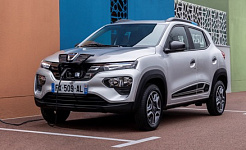 BOULOGNE–BILLANCOURT, France: Renault says electric vehicles will account for 65 percent of sales by 2025 and 90 percent by 2030 in Europe. Ten years later it aims to be carbon neutral in Europe and worldwide by 2050. The manufacturer has committed to…
read more 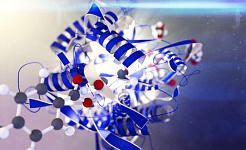 Michelin can now use recycled PET waste for tires